Butterflies and moths from Alaska and Canada 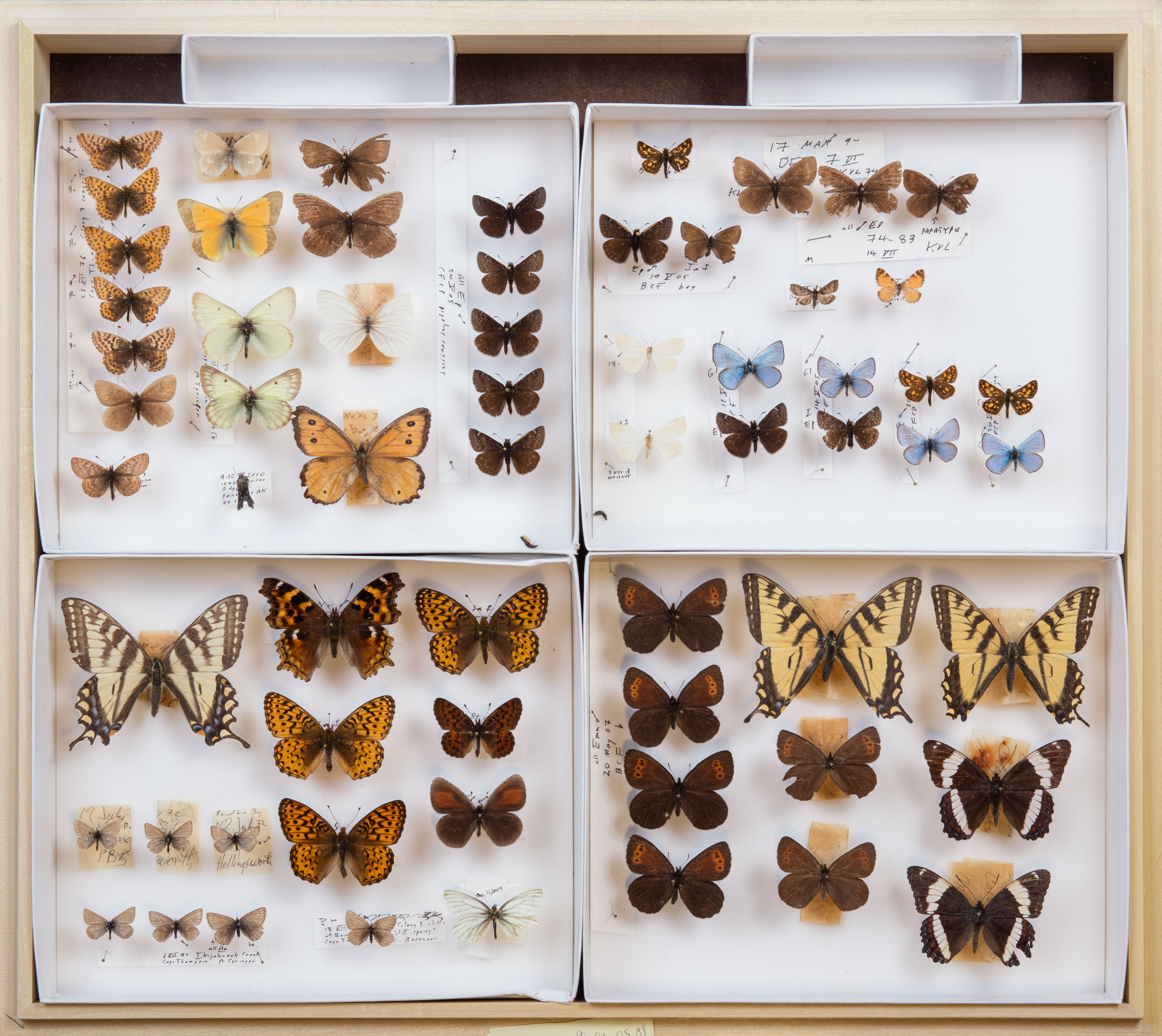 Alaskan and Canadian specimens in multiple curation stages. In the top right, there are 2 Erebia lafontanei, a species that Dr. Philip described with James Troubridge in 1983. The specimen on the far right is a designated “PARATYPE” meaning that this specimen was examined at the time of the original species description. Below the “PARATYPE”, the number 74-83 represents Dr. Philip’s Alaska Lepidoptera Survey code : the specimen was collected in 1974, on the 83rd collecting event of the year for him. This specimen was collected near the Kivalina River in Northwest Alaska on 14 July 1974 by Dr. Philip. 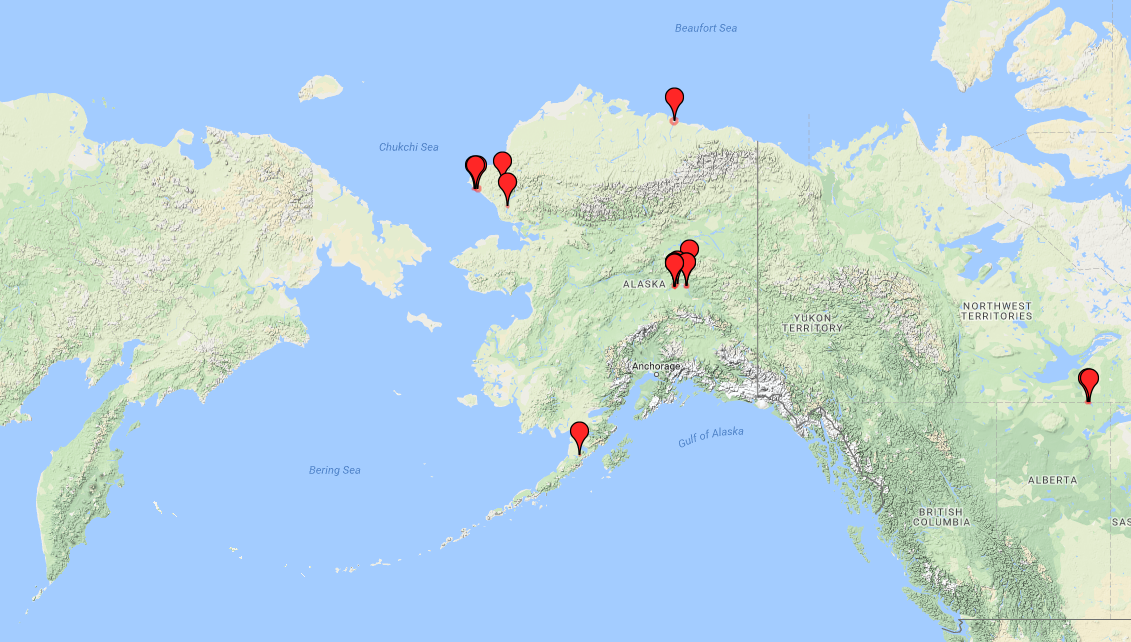