Kenelm Winslow Philip (November 6, 1931 – March 13, 2014) was a lifelong butterfly collector and enthusiast whose biggest achievements included the founding of the Alaska Lepidoptera Survey and amassing the largest private collection of arctic butterflies and moths in the world (over 83,000). He was known to friends as Ken.

Read the full story of the Legacy of Kenelm Philip here.

From 1963-1965 Ken was Research Staff Astronomer at the Yale University Observatory. During his time there, his research focused on decameter observations of Jupiter and solar radio noise

In 1965, Ken moved to Fairbanks, Alaska and from 1965-1975 was an Assistant and Associate Professor of Physics at the Geophysical Institute at the University of Alaska Fairbanks. His research during this time focused on high-time resolution studies of meter-wavelength solar radio bursts, solar radio noise, and acoustic sounding of the lower atmosphere.

In 1971, he began his work at the University of Alaska Museum and in 1977 he became a Research Associate in the Department of Entomology for the National Museum of Natural History at the Smithsonian Institution.

In 1970, Ken founded the Alaska Lepidoptera Survey project, organizing collections across Alaska, Canada, Greenland, and Russia. Over 600 volunteer collectors from those areas participated in the survey. 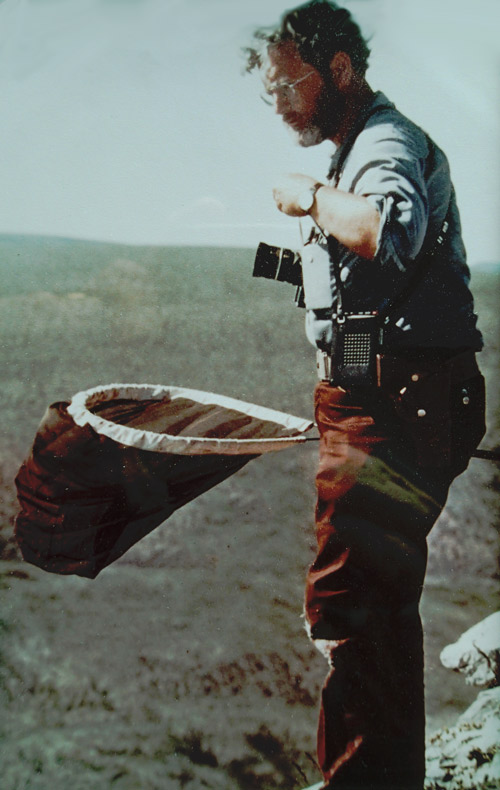